One of my books is ready to put onto Amazon…

Now I have to figure that out!

Not an easy task for someone with TBI … traumatic brain injury.

May I ask those of you following to give me your feedback of what price you’d pay for 7 secrets to anything you choose!? These are Secrets you’re going to use the rest of your life and share with your children. Each of the titles makes your lives easier, better, healthier and, hopefully, increases longevity. I can’t claim it, but it makes perfect sense to me that when we live by higher standards and with quality in and out of our bodies, we’re going to improve in many ways! So to those of us who are practical and use common sense, we don’t need the FDA or any other governmental program to tell us what works for us!

May the blessings be…

God allowed me to create another miracle…

FOUND HELP TO MOVE MY THINGS INTO STORAGE…

Brennan McLean, the owner of a long bed pick-up, asked on Thursday when we spoke to set an appointment to help me move my things into an 8×10 storage at 10:30am on Saturday. He kept saying he didn’t need help. He could do it all. I said it will make for lighter work for everyone so I’ll find another man to help. But he told me when I called him at 10am on Saturday morning to verify I’d given him the address, he wanted more than a complimentary Health Consultation as we’d agreed on Thursday’s conversation. He wanted, “something more personal” he said. He indicated he wanted some form of sex or a sexual favor. I was appalled at the indecency and started yelling at him. I’ve had soooooooooooooooo many, awful, lowlife, crude, rude, nasty, jerks in OC do the same thing…NOT KEEP THEIR WORD, NOT BE TRUTHFUL, PUT ME IN A BIND AS TELLING ME LAST MINUTE THEY ARE NOT GOING TO KEEP OUR VERBAL AGREEMENT. Men! Who in the world raised you? Or did you simply ignore all your parents ever said to you as far as manners, decency, respect, standards, morals? Are you all so insane and ridiculously moronic to treat women with such disrespect that you try to manipulate and take advantage of any situation you can to get sex?? I offered what I have and that is a Health/Rejuvenation/Relationship Consultation which are my areas of expertise. I was one of the top paid Consultants in USA before I was injured in collision. I earn $500 hourly just for an introduction. I offered as many hours as one helps in consultation hours.

Brennan, you need help! You need first to be aware that it is NOT OKAY TO BE A JERK! IT IS NOT OKAY TO ACT CRIMINALLY…even if it’s not against the law to manipulate someone, it should be. Please share with me if you’re an attorney and know the answer to this one. Is it against any law to manipulate, take advantage of someone in distress, reneg on an agreement? Surely, it IS unlawful to reneg on an agreement. I’d love to hear the specifics. Just email me at: secretstoyouth@gmail.com. Thanks.

I keep thinking I must interject this story as I don’t want parents to be blamed for Brennan McLean and other nasty men! My friend, Yvon, who’s a father of 5 children in Montreal, told me many years ago, that it is not our parenting that makes all the difference, it is also the freewill of the child to learn what is being taught. Yvon said he and his wife gave the same parenting to all of their 5 children, yet one boy got in trouble all the time while growing up with drugs, with stealing, until he finally straightened himself out. The boy created the experience he needed to be able to turn his life around and get onto a better path. So there’s hope for you, Brennan, and all you other, sex-addiction jerks!

Anyway, thank GOD, I had 2 people assist me in the move. Those are 2 more stories but I won’t go into those now! I’ll just say thanks to Sina and Scott for making the move of my things possible. Thanks to Scott for use of his truck and his strength to move things and to Sina for having a good mind to pack well.

Back to other topic at hand. I was reeling at home with the overwhelmed emotions and led Kathryn to the same brink of despair. Kathryn suggested we sing a love song to GOD, the HU! So we did. It’s so amazing. We sang for longer than the usual 15-20 minutes as I was over rot! To learn the HU song, go to: www.eckankar.org and use it to help you get calm each and every day, and you’ll build a spirutual strength that will serve you well in times of turbulence.

I felt calmer. I went to the yellow pages, but couldn’t find any landlord/tenant attorney so started calling them all and leaving a message. I finally had the name of an attorney who specializes in helping tenants. I called and left word. He called me back quickly. He listened and gave me phenomenal advice including: “It’s not in your best interests to hire me as you’re going to Laguna Hills Court House and the Judges will rule for the landlord no matter what. You can not win this. So save yourself my fee.” I was so amazed but continued to ask him how to represent myself to do the best job I could just in case God intented for me to be the channel through which a first-time miracle occurred…the tenant won! He listened, he answered and I wrote all he said on a paper.

My symptoms kept increasing…I’d be unable to hear someone speak or understand the words they were saying is really what it was after a short time. After many calls, many questions, many doctors, many receptionists in how ever many days….I finally reached one doctor who asked me my symptoms. After my list, he said, “You’re a case book study of TBI, traumatic brain injury!” It meant nothing other than to make me anxious to find out how to heal. He didn’t have a lot of things to say on this account even tho’ he told me that before he retired, he was a TBI Specialist. He said get plenty of rest (I said that’s not an option, we just fall asleep, my daughter and I, whenever we reach our limit! We’re not awake for very long and if we stay awake longer than our bodies or brains wish, it’s a nightmare!), have someone take care of you both (I told him there is no one else to care for us!), eat really well (we’re doing our best to eat at all, as I can’t do much from the stress of the Court case and the need to heal, but my daughter makes us food when she can about 1 meal maybe 2 a day). He also suggested finding doctors who work with TBI. I can not remember his name! If you read this, doctor, please give me your name and number. I’d love to ask for your help now too as I’m somewhat better after 7.5 years! I’ve still a long ways to go to recover all my brain and abilities (was a child prodigy and top Consultant) which may not happen but am giving it a shot everyday. Thanks. I kept calling other doctors and most hung up on me, or their receptionists did, as I couldn’t get my thoughts clear enough to have a good conversation. I slept again.

I found Dr. Hannah, but that was not a good thing! That’s next time. And then on to Dr. Werth?

NOTE: If you would like to help us start over, we need any help we can get. We need a home, a car each, etc. Email me at: secretstoyouth@gmail.com. If you’d like to hire me for a Rejuvenation Consultation(s), that would be of great help to both you and us! May the blessings be, to you and yours!

The awful day was the first week of May, 2006, when my daughter, Kathryn, and I were returning in my son’s Honda Civic from going to see him because he needed our support. We were happy, inspired, uplifted, laughing, sharing and creating a movie treatment (I’m a writer). We were both starting temporary jobs the next day for Mother’s Day at a flower shop, call center in Mission Viejo, CA. The owner said he would hire someone permanently after he saw us work over the Holidays. The hope was that my, service-oriented daughter with her friendly, caring attitude would get the job. Besides being a hard-worker, extremely conscientious, Kathryn was often a dream to be around as usually joyful, friendly and helpful. She wanted it and I wanted it for her. What Mother doesn’t want a daughter to realize her dreams!? I was just going along for this, temporary position to be a moral support for her. Kathryn asked me to give her moral support because she’d been injured by a driver running a red light the year before and hitting her as she walked her new bike in the crosswalk (she’d bought herself the bike for her birthday in July). Buying the bike was a celebration as Kathryn was starting over. I LOVED seeing my daughter have a plan and know she could achieve her goals! And now these few months later, here she was happy to start a new job, a new life, and a new beginning!

I brought to Kathryn’s attention that there were no cars in our pocket…it was a desert of vehicles on the 5 freeway around 2pm on a weekday! What a phenomenum! lol! Except for one large, commercial truck far behind in a lane to our left! It was a strange sight and sense to be in a bubble, to have our own space, to enjoy the warmth of the sun, to feel the breeze in our hair, and to delight seeing my daughter smile and laugh with open abandonment! I was one, happy Mother. I was one, happy Soul! Afterall, JOY is the natural state of each Soul! It was a new beginning, but it was quickly destroyed as we nearly were as well, but for the love of God! We were rear-ended by the El Modeno truck that had quickly caught up to us in such a short time that he must have been going close to 100mph! I was going 50mph. The difference in mph made an explosion of energy upon impact!

NOTE: If you would like to help us start over, we need any help we can get. We need a home, a car each, etc. Email me at: secretstoyouth@gmail.com. If you’d like to hire me for a Rejuvenation Consultation(s), that would be of great help to both you and us! 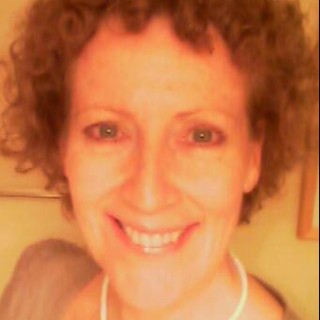